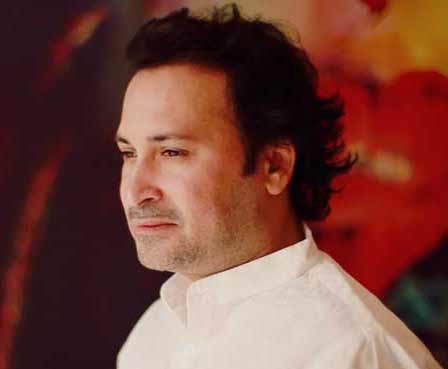 Though the art of connecting sacred through body came much later, I awakened to the magic of yoga and power of nature at a very young age. The holy city of Rishikesh, often claimed to be the 'Yoga capital of India', raised me to the very essence of it in me. I have been observing and admiring the very beauty of yoga and the powers it sustains right from my birth in this holy city. Through my commitment to learn and spread to the world what is pure and pious, the yoga, an art to connecting to nature, I, Yogi Suryans Thakur, founded Om Yoga Rishikesh, a place where you truly discover yourself and learn the very essence of yoga and its powers.

To begin my never ending journey of yoga I started by practicing Sivananda yoga at the Sivananda ashram in Kerala, where I studied various arts of yoga and the discovered the art of losing oneself to nature's wisdom. While practicing at the Sadanand ashram I acquired the art of Iyengar yoga under the blessings of senior teachers in Rishikesh and Pune, where I return every year to deepen my knowledge of yoga.

Having been in the profession of continuous teaching as well as learning yoga since year 2000, I have not only developed an understanding of yoga but the human behaviors. To spread my learnings to the world around, I have been giving workshops in various countries across Europe (France, Belgium, Denmark) and Asia (China, Russia) for a long time. My commitment to learn and impart this very art lead me to found Om Yoga Rishikesh in, founded in the year 2005, where I teach daily classes and take intensive workshops for all levels.

As a teacher, I have developed love in combining elements from my heritage and travel experience across the world to convey the art in the simplest possible manner. To me, Yoga is not just a way to gain a healthy body but a way of self-discovery to shape your behavior towards mankind. 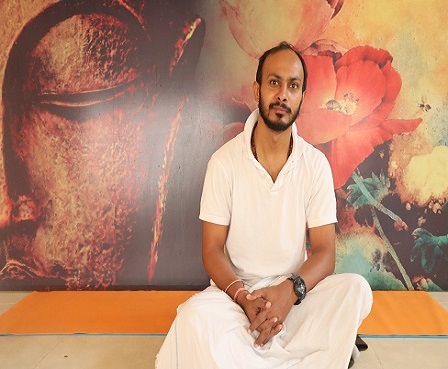 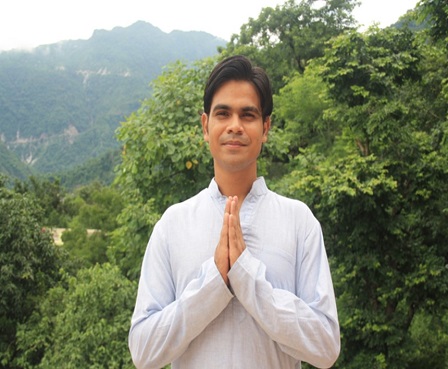 Rakesh born in Rishikesh, Himalaya. Rishikesh is a capital of yoga. He studied several places of hills and collect the information about herb medicine and there uses. He have done diploma in Ayurveda Panchakarma from Ananda Spa Institute Hyderabad 2015. He have completed diploma in Yoga and Naturopathy 2015. He is teaching Ayurveda and yoga Anatomy form 2015. He got so many knowledge from Ayuskama Ayurveda center Rishikesh in 2016. He is teaching Ayurveda and healthy living from2 years in Om Yoga Center. He inspired by Swami Shivananda and Swami Yogananda ji. He did workshops in several countries like Russia, Thailand and India. 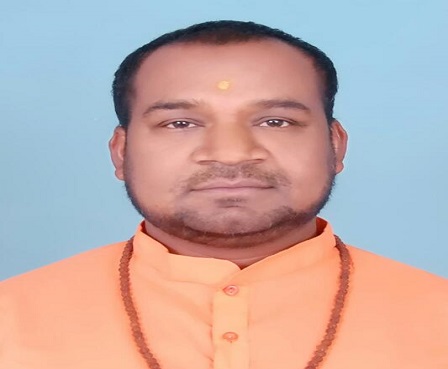 He entered into this Spiritual path in the year 1994, after a short visit to Four Dham Yatra (Gangotri/Gomukh, Yamunotri, Kedarnath and Badrinath) and direct came to Shivananda Ashram, Rishikesh. In the Ashram I stayed there as a Ahramites/inmates up to 2000 and was serving there in the Publication Department as a assistant Manager, Education department and P.A. to the Secretary. I studied my Yoga T.T.C, A.T.T.C (Post Graduate Yoga in Diploma) M.Y and Sadhana Intensive courses at International Sivananda Yoga and Vedant Centre, Neyyar Dam, Kerala 2000 to 2002. Chinmaya Mission Vedanta courses from 2002 up to 2005 at Siddhabari, Chinmaya Tapovan Trust, H.P. Upanishad and Bhagavad Gita Classes with Swami Dayananda of Arsha Vidya Gurukulam at Annaikati, Coimbatore in the year 2008 up to 2009. Self Knowledge/Tatwa Bodha Test Studied with Swami Suddhananda ji of Self Knowledge Foundation at Thiruvanmalai, Chennai in the year 2009 up to 2011. 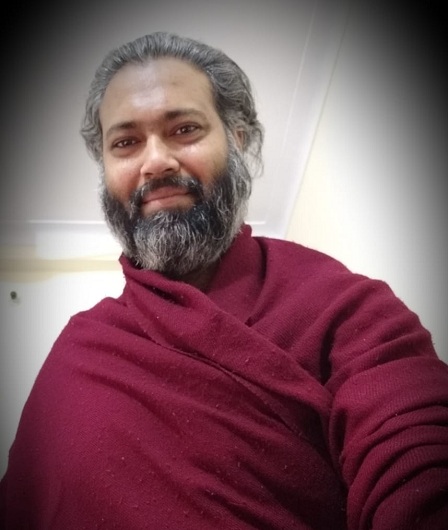 Swami Shivabrahmananda Saraswati is a Sanyasi who, at the young age of 19, chose to renounce the materialistic world vowing to devote his life towards mastering spiritual knowledge. He is well versed in Yoga Philosophy based on Vedanta, Patanjali Yoga Sutra and the Bhagwad Gita. He performed a rigorous penance on the banks of River Narmada that lasted for three years. From 2003 to 2006, he enrolled into Arsha Vidya Peetham in Rishikesh to complete the three year Vedanta course conducted by Dayananda Ashram. He was later sent to the tribal belt in Madhya Pradesh by Pujya Swami Dayananda Saraswati, where he established a Students' Home gratis, which he managed for three years. He has also accomplished YTTC from Shivananda Yoga, Nayyar Dam (Kerala). He teaches Yoga Philosophy in Rishikesh at the moment.

Born in Malaysia, Jaya is a certified Iyengar Yoga instructor with over 8 years of teaching experience in India, Malaysia and several European countries. His interest in Vedic studies and yoga have brought him to Rishikesh India, where he has been living and teaching yoga for the last 4 years. His teaching is primarily focused on precision and the correct alignment of the body in asanas, including the usage of props to facilitate the execution of postures and thus making Yoga accessible to everyone, regardless of their physical conditions or age. His great command of the Iyengar method, through the meticulous precision and clarity of instructions, allow his students not only a better understanding of the discipline of Yoga, but a deeper understanding of the inner mechanics of body. Through correct practice the self-created limits are broken down and the teachings go beyond the physical level bringing that harmony of body and mind which is the original objective of Yoga. 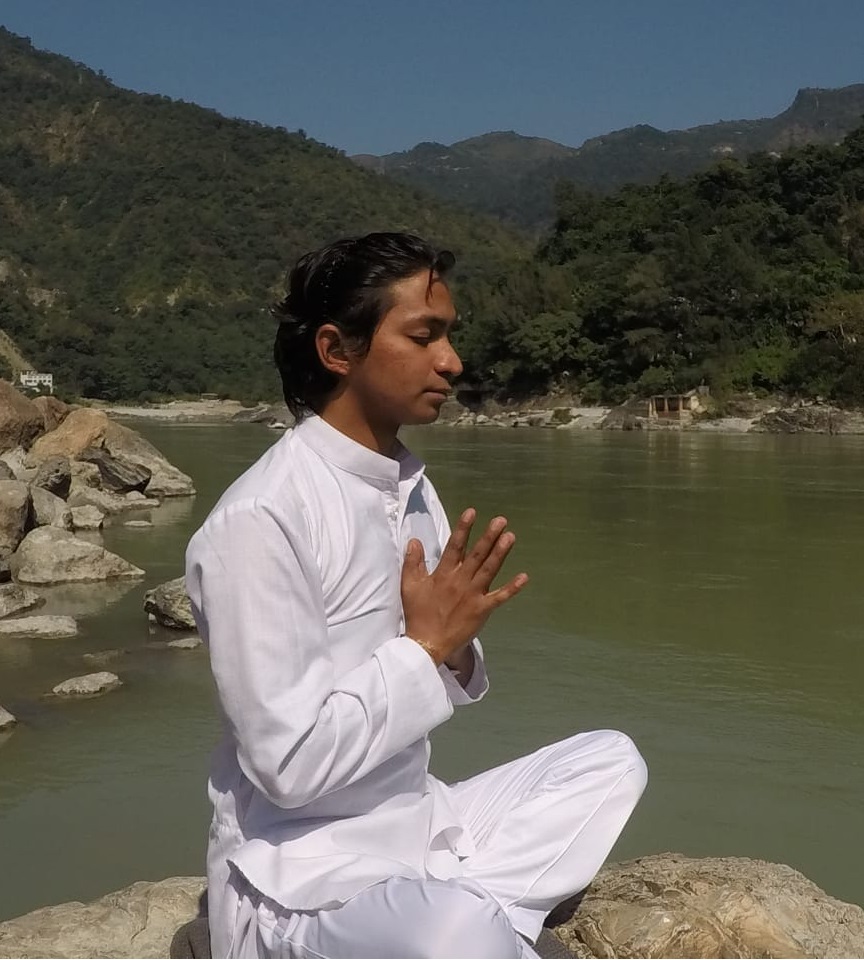 It's wonderful to be in some of Yogi Sunil Thakur's Iyengar workshops in Sivananda Yoga Studio, Taipei, Taiwan. I am a senior yoga practitioner and it's my first time to get to experience Sunil's teaching methods. He's humble, passionate, patient and down-to-earth. I love he merged lots of yogic philosophy, art of life and humor into the strict Iyengar way of asana practices, especially with a focus on alignment. He gave quite detailed instructions on each asana so that you would not be lost or hurt during the practice but receive most of physical and spiritual benefits after. To me, he is a yoga teacher who would give you a new perspective to look at a yoga pose you've been practicing countless times on the mat. A reliable guide in the path of yoga.

Suryan kind and soft approach on Iyengar makes him very special . I did 200 hours and truly changed my practice not to mention the effect on all of the injuries i have collected through years of heavy training. If you are coach ,trainer or just want to deepen your practice I could not suggest better man for the job .

Suryans is a great teacher, with attention for details and all different levels of yoga practice among the students. His love for yoga shows in the way he teaches his class! Thanks for the amazing workshop at Yoga Hathi in Eindhoven. 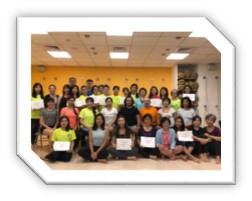 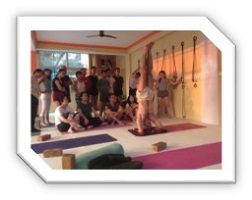 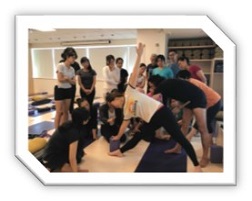